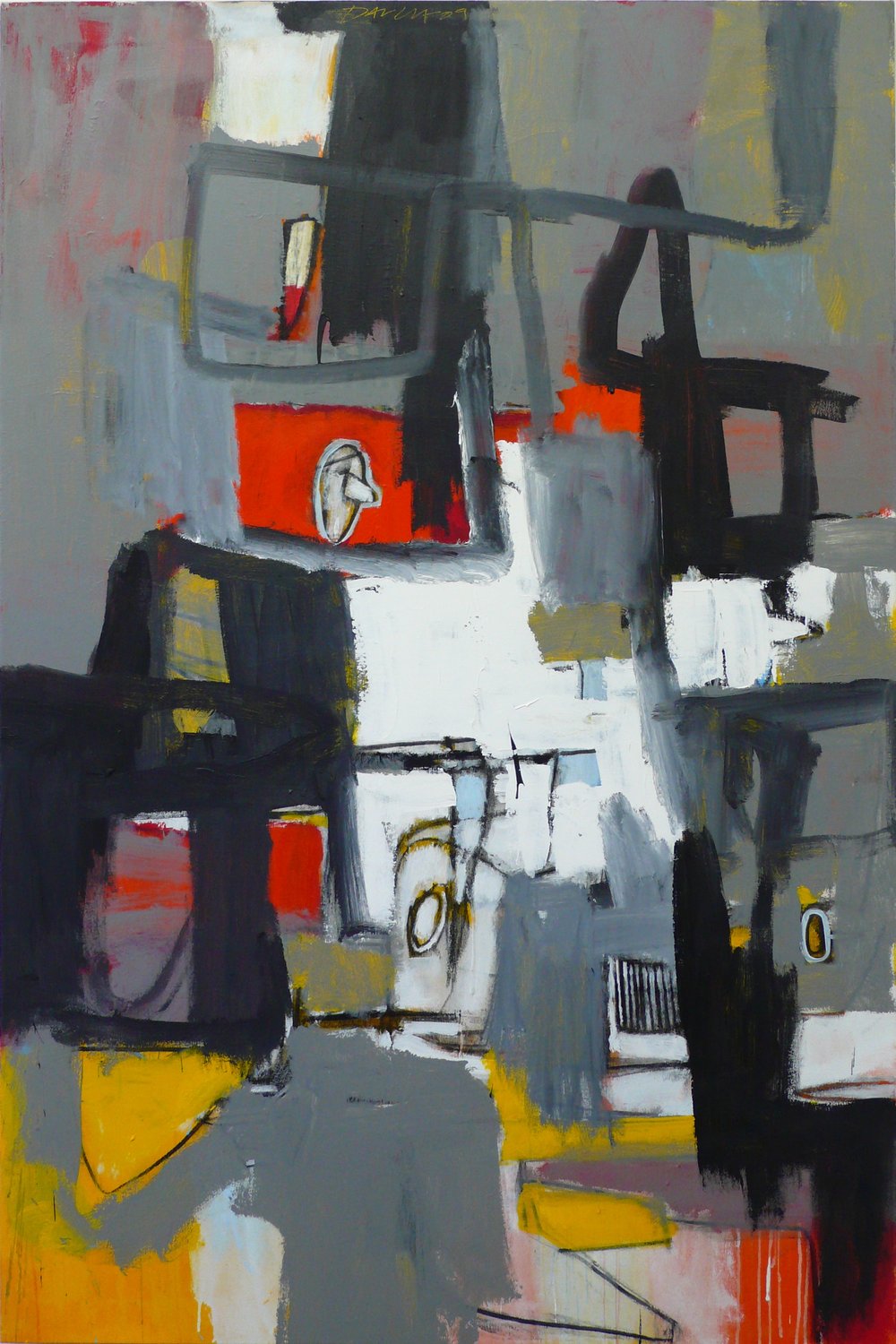 When you look at this bright, colorful work, are you able to discern any figures or objects at all? Or is your sight mostly focused on the colors and gestures on the canvas? This painting, titled Departure was created by Puerto Rican artist Carlos Dávila Rinaldi in 2009. In it, he captures what it feels like for him to experience the hustle and bustle of a busy airport terminal. Each brushstroke, each shape signals the movement of passengers, rolling luggage, and airport staff through the spaces of a chaotic environment.

The artist’s experience of place is a key factor in this painting. He became acquainted with aviation at a young age through his father who was a US Air Force Sargent. The family lived in several cities and eventually returned to Puerto Rico, where Dávila Rinaldi took art classes at the Art Students League in San Juan before moving to New York. He later moved to Indiana where he completed his bachelor’s degree in Fine Art. Throughout his four-decade artistic career, he has experimented with different media, creating sculptures, paintings, and graphic designs. Depite his material experimentation, he has consistently explored the tension between abstraction and figuration.

In this work, the artist considers how color and gesture convey the commotion of a transitory space. Although some may find a busy airport terminal overwhelming, for Dávila Rinaldi they are rich environments that stimulate his creativity. As he describes them “People in a hurry, others lost looking for their gate or just learning of a delay, the all familiar airport scene where some of us begin to taste the rush of traveling to a familiar place or perhaps somewhere you’ve never been. Airports are my kind of habitat...sensory overload at its fullest.”