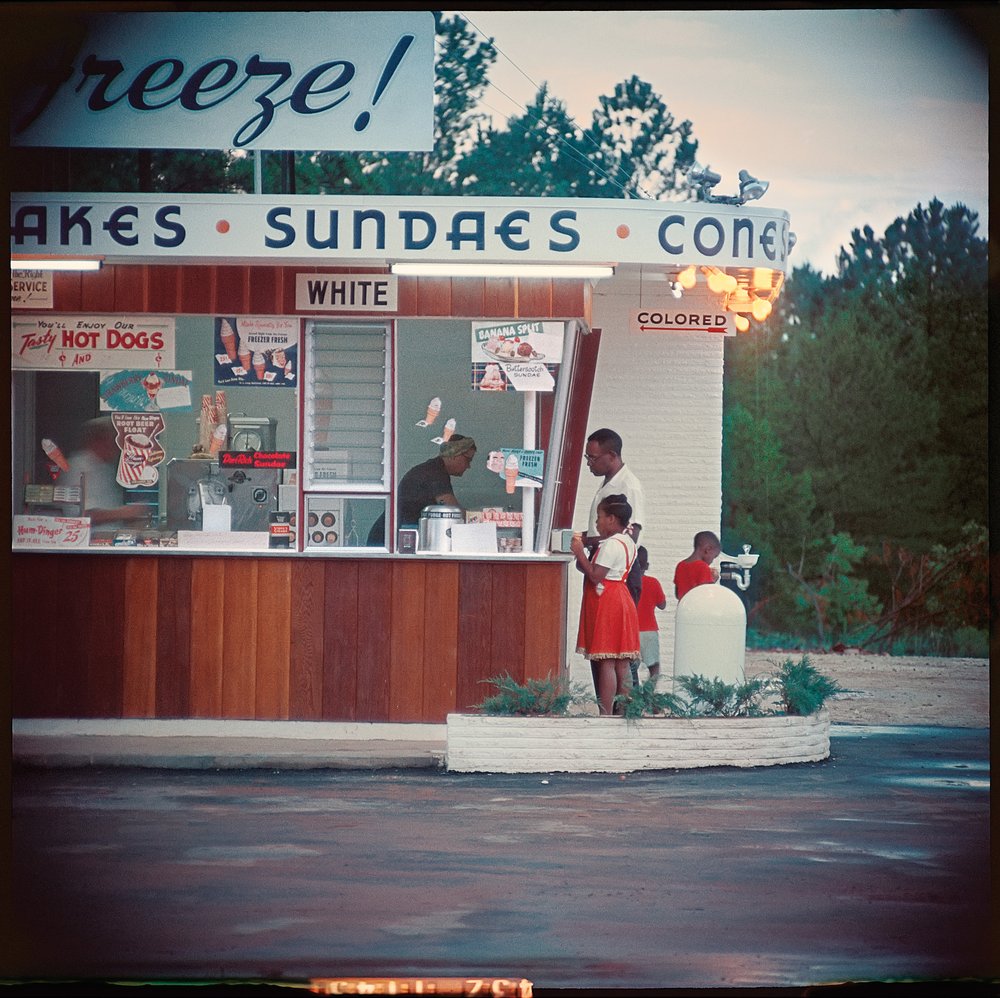 The Alfond Collection of Contemporary Art at Rollins College, Gift of Barbara '68 and Theodore '68 Alfond. 2020.1.4

Gordon Parks was born in Fort Scott, Kansas in 1912. Like the subjects he spent much of his career photographing, Parks’ life and art were defined by the tensions between entrenched racism and a reshaping of Black identity in the United States during the twentieth century. He grew up in poverty and within a number of unstable environments, working many odd jobs before ever picking up a camera. It was the work of photographers commissioned by the Farm Security Administration to capture the devastating human conditions of rural Depression-era America that first inspired what would become an illustrious career.

Parks got his start in department store photography. In 1940, he moved to Chicago where he took up society portraiture. However, it was Chicago’s South Side neighborhood that became the backdrop for some of his most profound early work. Through his images, he granted visibility for the diverse African American experiences and hardships playing out across the city.  Though self-taught, he proved to have a natural affinity for photography, gaining early notoriety. In 1942, he was awarded the Julius Rosenwald Fellowship, which led to his eventual employment at the FSA, the same organization who’s artists’ work had inspired his photographic passions just years before.

After the FSA disbanded, Parks continued working with government agencies while maintaining commercial contracts with such publications as Vogue, Glamour, and Ebony. His refined eye for photojournalism eventually earned him a position as the first black photographer on staff at Life magazine. During his twenty years there, he captured notable figures of the day, among them Muhammad Ali and Malcolm X. For Parks, the camera was both artistic tool and weapon against the social and economic injustices he captured through its lens. His contributions not only to the field of American art but to furthering representations of Black culture in mass media went beyond photography; he was a gifted writer, musician and filmmaker, becoming the first Black writer and director of a major Hollywood film, The Learning Tree, in 1969 and later, Shaft, in 1971.