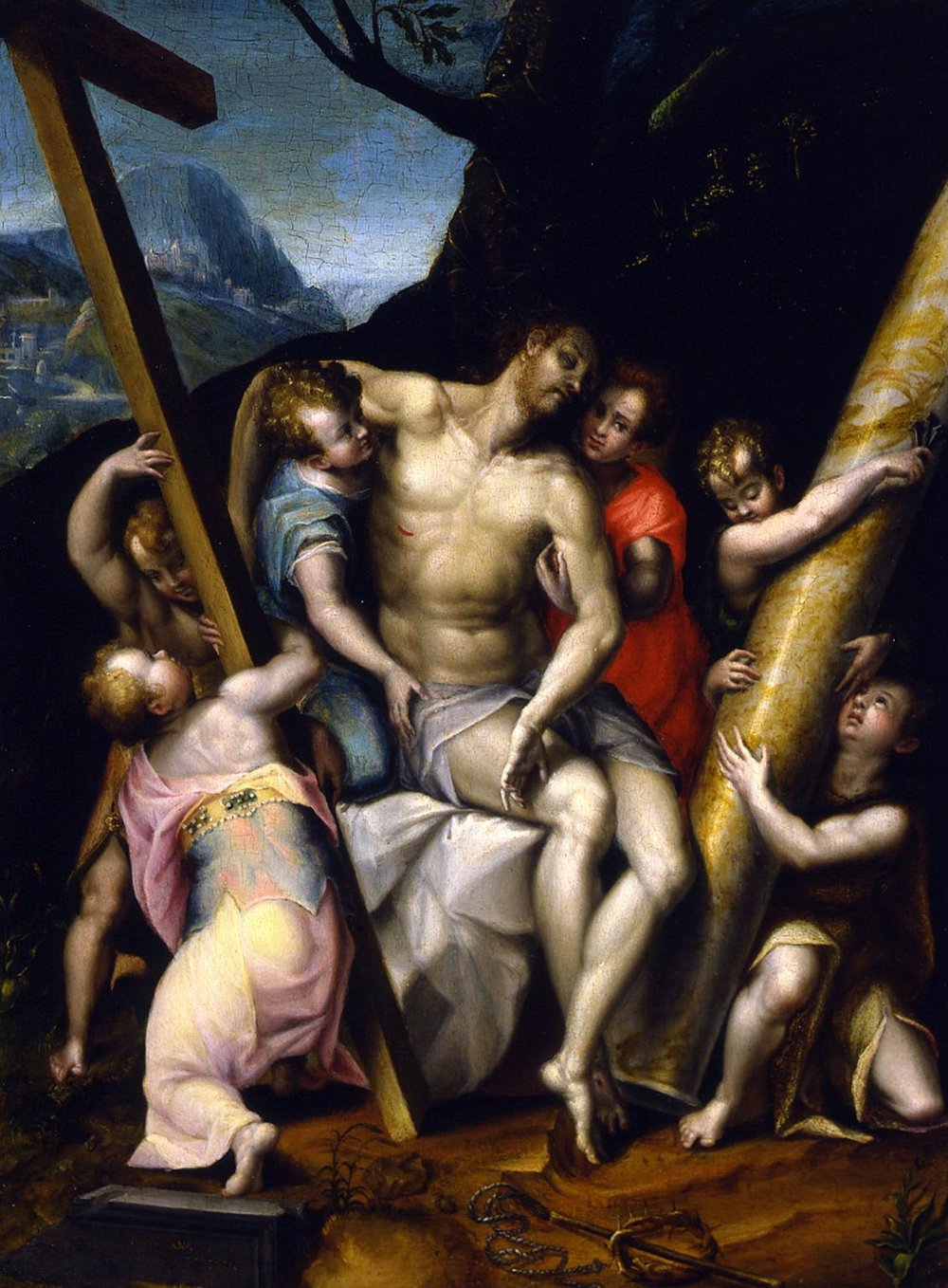 The Dead Christ with Symbols of the Passion, 1581

Gift of the late General and Mrs. John J. Carty, in memory of her brother, Thomas Russell

Whether you are religious or not you have probably visited a religious building, like a cathedral, mosque, temple, or synagogue, and marveled at the architecture or atmosphere enveloping that space. These places of devotion can possess incredible power, not only for their imposing size and presence, but also for the spiritual or otherworldly energy that seems to reside within them.

Within these places we also find objects of devotion. In the Christian faith, devotional objects are used by believers to focus prayer or spiritual reflection. Such items can include figurines, books, smaller images, or larger paintings. Especially in the case of altarpieces, these items possess specific meaning within their original contexts, which sometimes becomes complicated when they are physically removed from those religious spaces.

Christ's destined crucifixion is depicted in this work by Lavinia Fontana, a prominent Bolognese painter of the Mannerist school. Given her father Prospero Fontana’s position as a painter, Lavinia Fontana was able to study art at a time when very few women could. In this small painting, Fontana presents a poignant portrayal of the Deposition of Christ. The painter renders this iconic scene along with the instruments of Christ’s Passion—the cross, the column, and the nails—as a reminder to Renaissance viewers of Jesus’ suffering for their salvation. Emotionally-charged, this scene would have served to bring the devotee both to the physical site of the crucifixion and to a mental space of reflection and reverence.