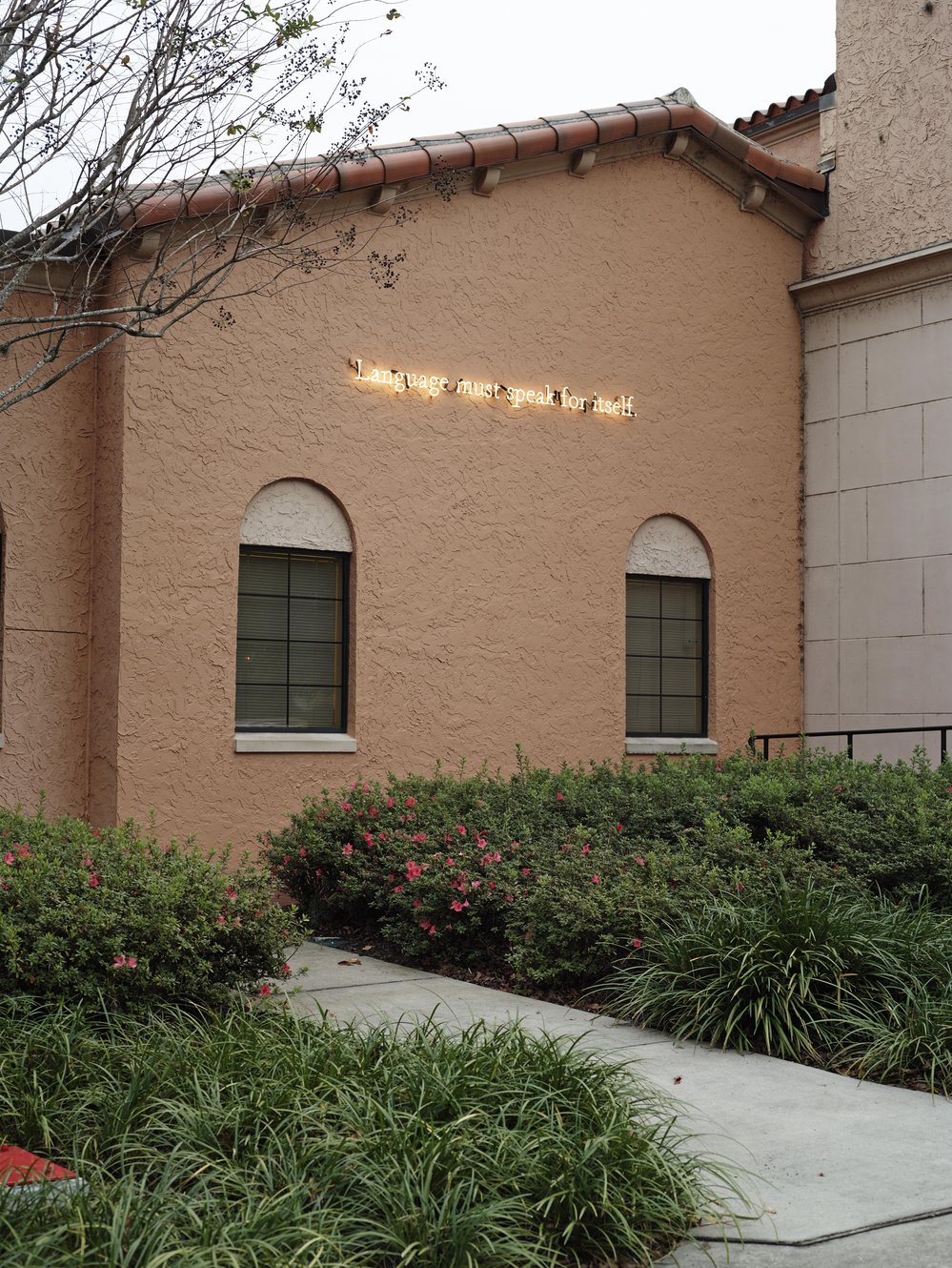 The Alfond Collection of Contemporary Art at Rollins College Gift of Barbara ’68 and Theodore ’68 Alfond.

Joseph Kosuth’s career has centered on the practice of conceptual art. Most of his works use language and ideas as their principal vehicles, which are then paired with different aesthetic tools like glass, neon, and color. As an artist, Kosuth concerns himself mainly with his ideas rather than the objects within which they are presented. For example, No. Number 3 is dated to 1991 despite having been physically manufactured in 2013—the 1991 date being the year Kosuth originally came up with the idea for it.

No. Number 3 is firmly embedded in practices of conceptualism. The statement “Language must speak for itself,” expresses a somewhat confusing sentiment with a stark finality. Language speaking for itself would untie it from context and author, leaving it little more than combinations of letters and sounds. However, the power of the medium—bright, large neon—is authoritative, leading the statement to be accepted as truth.