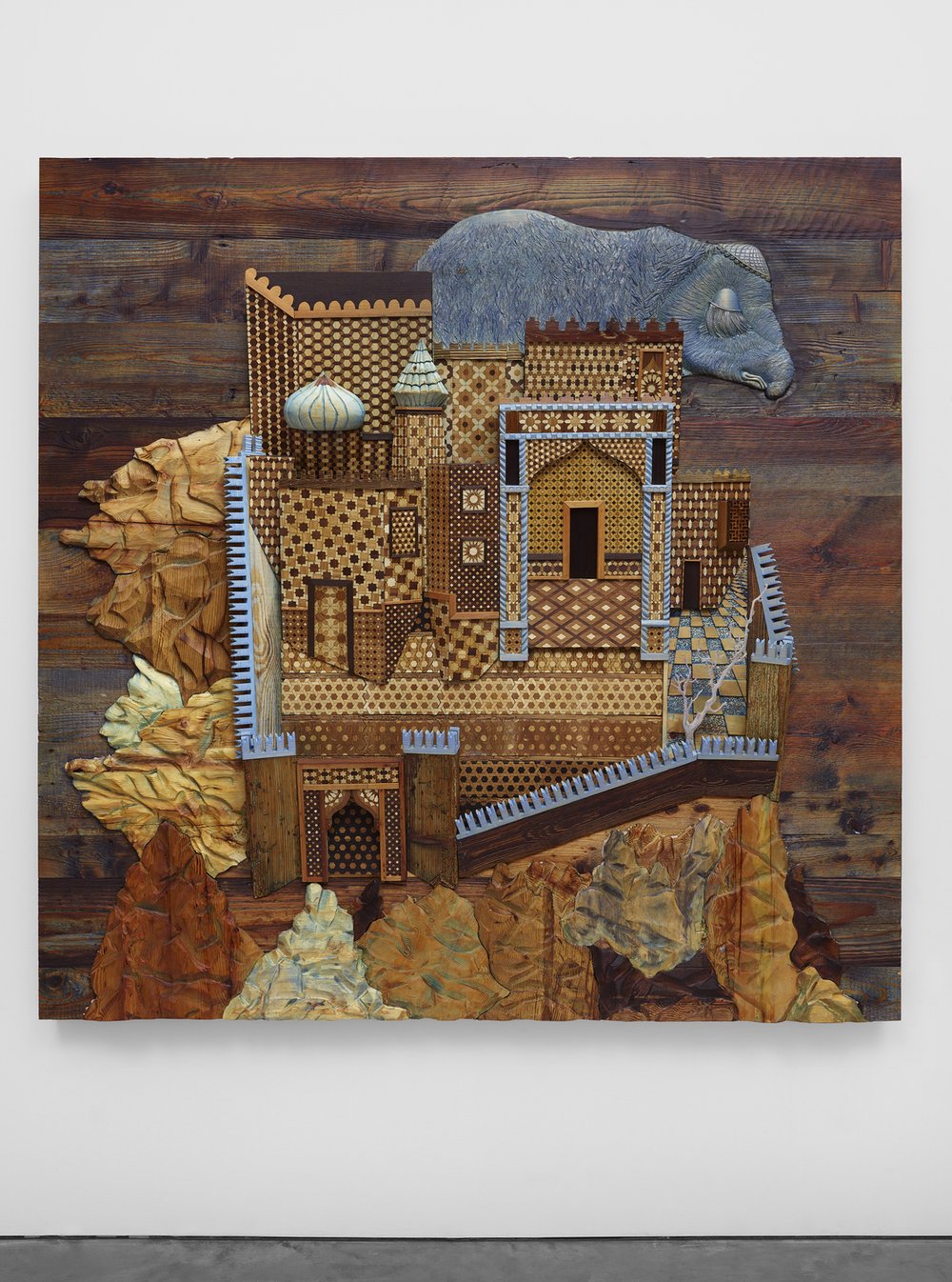 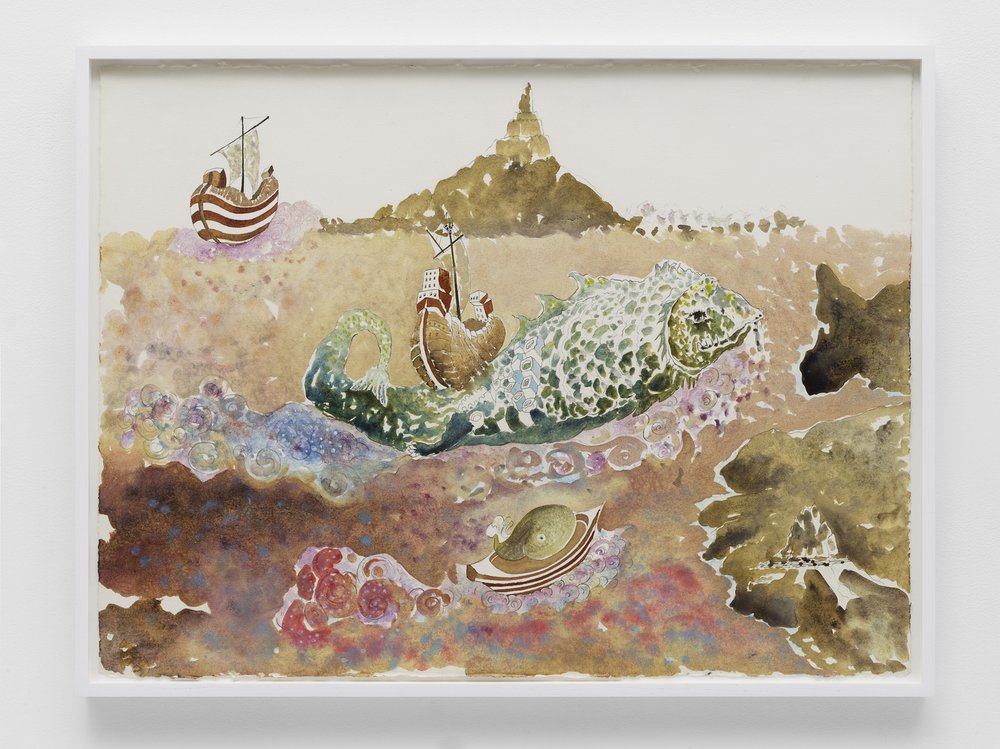 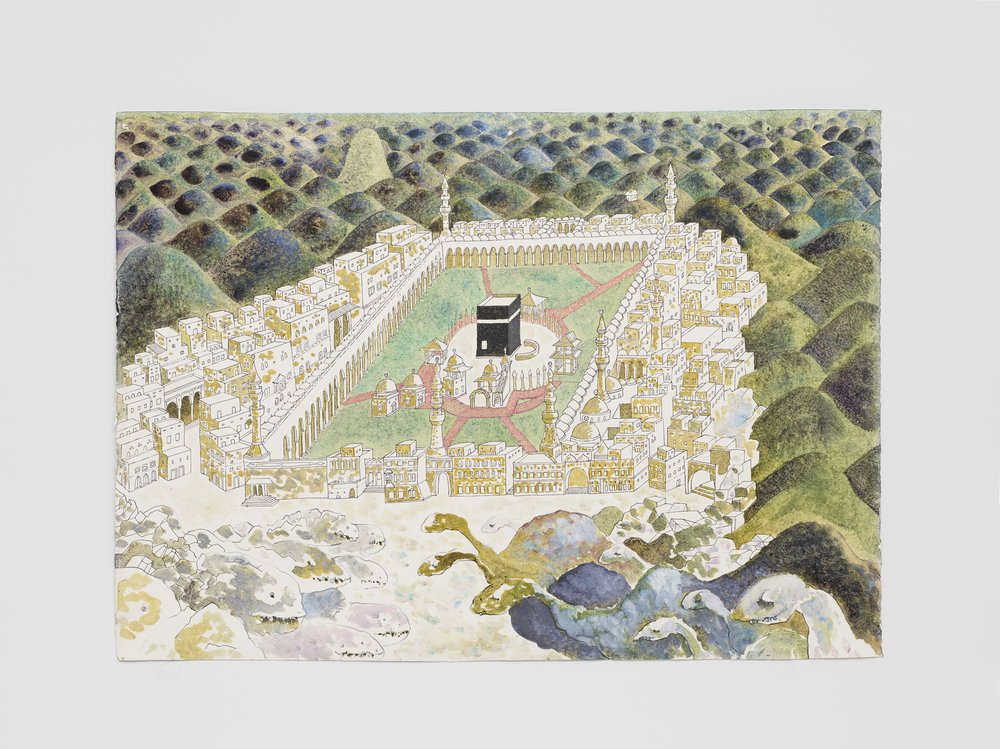 Egyptian-born contemporary artist Wael Shawky’s varied body of work appropriates elements of Arab storytelling in his fantastical depictions of Middle Eastern mythologies. The three works exhibited here include multiple mythical creatures of literary origin, such as the gargantuan beasts in Drawing #1 and Drawing #33.

However, many of Shawky’s works take on a more insurgent character. Inspired by the Lebanese historian Amin Maalouf’s 1983 book Crusades Through

projects between 2010 and 2015 depicting the holy wars through a Muslim lens. In the final video series, entitled The Cabaret Crusades, Shawky employed handmade puppets and glass marionettes created on the famed island of Murano to reenact episodes from the holy wars. Scenes from the video series included the moment Pope Urban II demanded Christians invade the holy lands. Many of the puppets used in the trilogy subversively play on negative Arab stereotypes and popular misinformation about the Crusades. In an environment described by the artist as a “surreal and mythical atmosphere that blends drama and cynicism,” Shawky’s Cabaret Crusades interrogate the legitimacy of popularly purported ideas. The trilogy weaves numerous disparate stories together, challenging viewers to follow the overwhelming number of characters relaying divergent accounts of the truth.

Overall, Shawky’s body of work reminds viewers that a plurality of histories exists and implores them to interpret historical accounts through an intercultural lens.