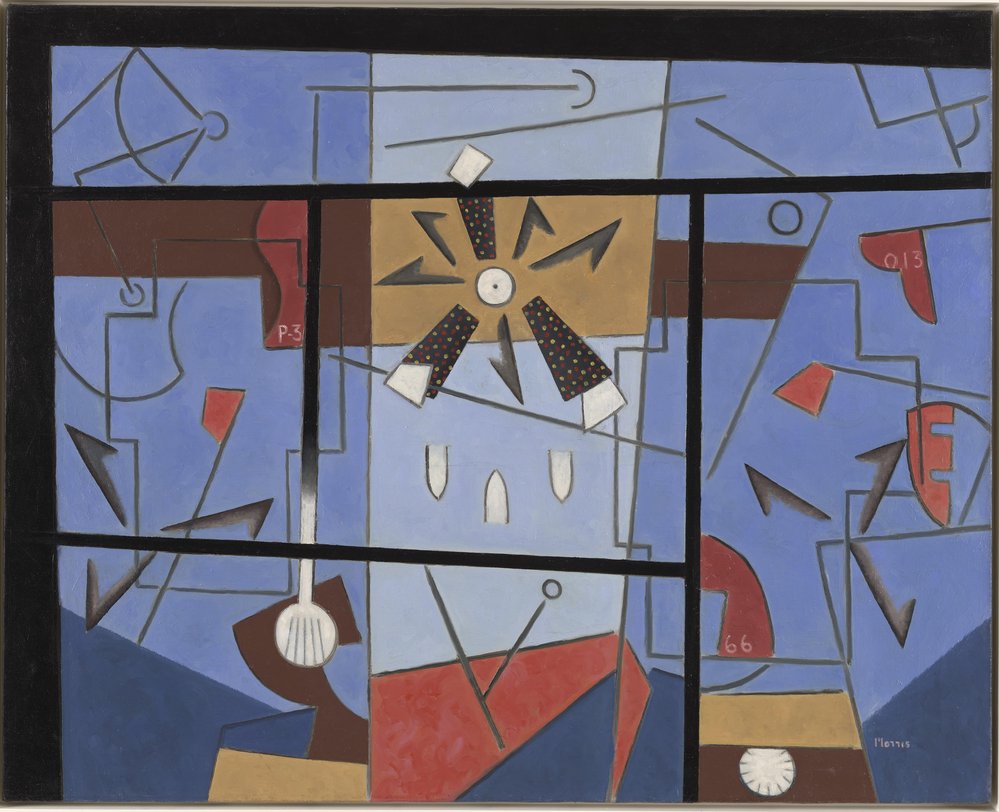 Born and raised in Manhattan, New York, artist and writer George L.K. Morris was a vocal advocate for abstract art in America. After graduating from Yale University in 1928, Morris traveled to France where he met important European artists like Pablo Picasso, Georges Braque, and Constantin Brancusi, and studied with Fernand Léger and Amédée Ozenfant at the Modern Academy. Morris was a founding member of the American Abstract Artists collective and the Park Avenue Cubists, which were two important groups that advocated for abstract art in the United States.

In 1941 when the U.S. entered World War II, Morris was 36 years old and eager to serve his country. Unfortunately, the artist was rejected for military service, so he supported the war effort instead as a draftsman for a naval architect. During this period, Morris temporarily abandoned abstraction, believing that wartime, in his words, “found greater need for an ordered expression.” Throughout the war, the artist produced around a dozen paintings in which he employed representational figures within an abstracted framework, all illustrating images and themes related to war.

One such work is Precision Bombing, created in 1944 as a part of the artist’s series of paintings depicting modes of aerial bombardment. The title of the work refers to a bombing tactic aimed to annihilate a military installation while minimizing collateral damage. Within his composition, Morris painted a small white circle representing the bomb’s precise target as viewed from above. The lines and shapes surrounding the target perhaps symbolize nearby buildings or convey the outward force of the explosion. The three white bullet-shaped figures below the explosion zone represent the destructive bombs.

Following the conclusion of World War II and his brief stint as a representational artist, Morris returned to pure abstraction which he maintained for the rest of his artistic career.