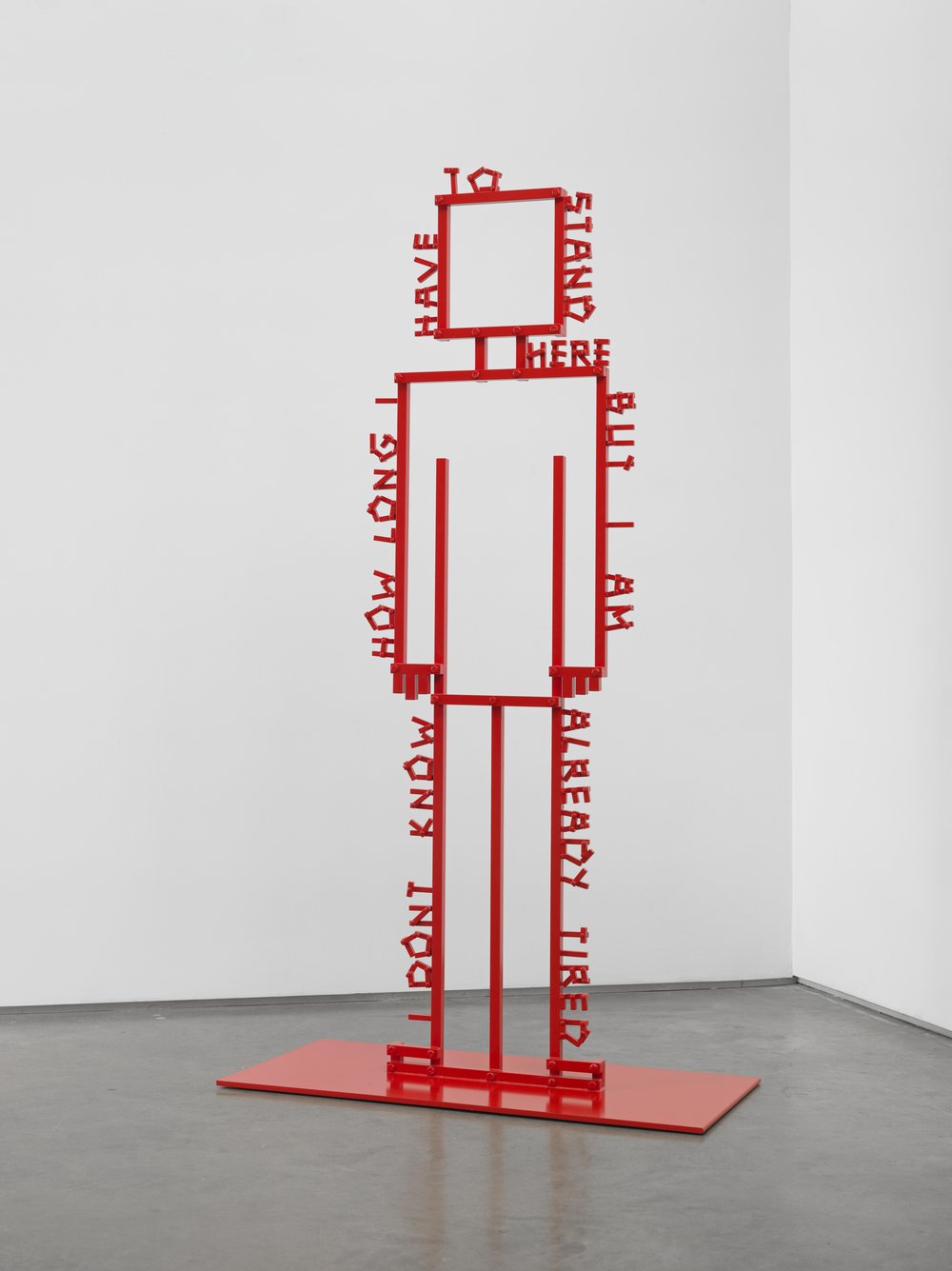 The Alfond Collection of Contemporary Art at Rollins College, Gift of Barbara ’68 and Theodore ’68 Alfond.

Olaf Breuning is a Swiss multi-disciplinary artist whose works often play within the mediums they are contained in. Breuning describes Tired as a “three-dimensional stick drawing”—essentially a direct transposition of the original sketch with which he began its design. In this piece, he combines sculpture and text to create what looks like a life-size comic strip.

The text around the sculpture reads: “I don’t know how long I have to stand here, but I am already tired.” Breuning’s use of text plays with the sculptural form to create a unified piece, rather than standing as art by itself. In contrast, the Kosuth piece nearby has no elements besides the text. In the Breuning, the text can serve as the figure’s thoughts—though it may be tired, it is doomed to stand and be viewed. However, it may also be seen as the viewer’s own thoughts—a sort of commentary on the eternal debate of how long one must ponder an artwork in a museum space before fully understanding it and being able to move to another.